Methodism's connectional system was born when circuit riders traveled hundreds of miles to serve those in rural communities.

To strengthen the Methodist work in the colonies, John Wesley, co-founder of the Methodist movement, sent two of his lay preachers, Richard Wright and Francis Asbury, to America in 1771 to undergird the growing American Methodist societies. Francis Asbury became the most important figure in early American Methodism. His energetic devotion to the principles of Wesleyan theology, ministry, and organization shaped Methodism in America in a way unmatched by any other individual. In addition to the preachers sent by Wesley, some Methodists in the colonies also answered the call to become lay preachers in the movement.

When Asbury came to America, there were but a few Methodist believers and fewer preachers. At the end of his ministry, there were over 200,000 Methodist believers and almost 8,000 ministers. He affected lives of thousands upon thousands. He changed the very course of American history. Among his converts were poor farmers, merchants, governors of several states, frontiersmen, slaves, Native Americans, state supreme court justices, attorneys, physicians, housewives, children, youth and people from all walks of life. He gave all he had. He sought nothing for himself. His passion was to bring salvation and the Light of the Gospel to those in darkness of sin. He loved a nation and made it his own even though he was not her native son. 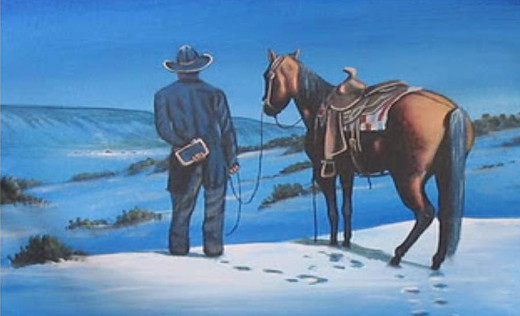 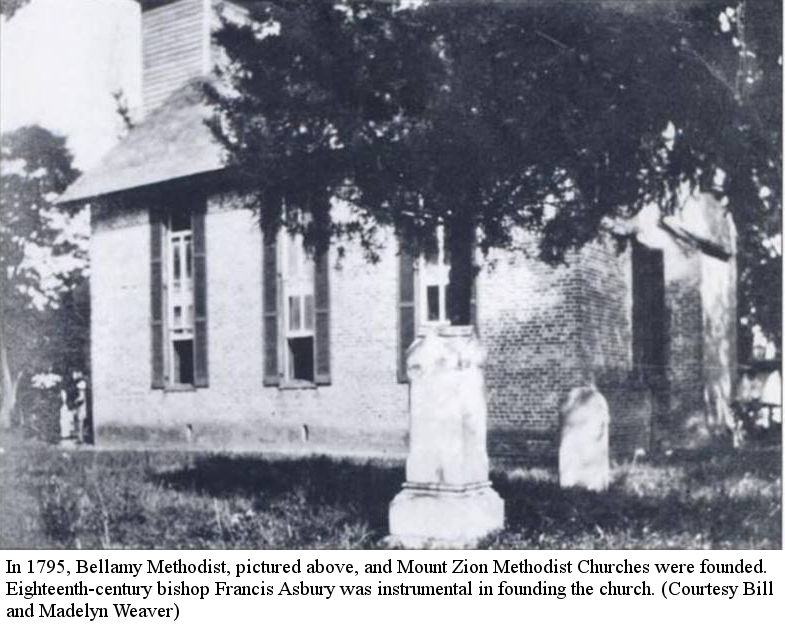 Bellamy United Methodist Church was first recognized in the writings of Bishop Francis Asbury, one of the first two bishops of the Methodist Episcopal Church in the United States. He recorded in his journal that he visited a society of "Methodists" in the county of Gloucester in Virginia while on a preaching mission in December 1789. He met with the group in the home of Joseph Bellamy.

On Asbury's second visit in 1795, the society had been consecrated and now met in a church building. The first building was erected in a field next to the home of Rev. Joseph Bellamy and his wife Nancy who donated the land. The date of 1795, considered the official founding of Bellamy Methodist Church, is taken from the head stone placed at the grave of Parson Bellamy in the church yard. In the time between Bishop Asbury's visits, the Methodist group grew from nearly 40 to 100 congregants.

The first building was a wooden frame structure measuring 18 x 20 feet. Misfortune struck in 1831 when, according to a quarterly conference report, the building was burned to the ground by a "vile incendiary". The Rev. William Eastwood, a local preacher, stood by the burning embers and led the challenge to build a new brick church by pledging the first dollar for that purpose. The project was completed and ready for use in 1833. The building still stands behind the present sanctuary as a monument to the religious zeal and spiritual concern of our predecessors.

"Old Bellamy", as it is frequently called, was remodeled a number of times in the 19th century. For about 100 years it had a frame-built vestibule and steeple; however, with the wooden addition removed, its exterior appearance today is about the same as when first built over 200 years ago. There is no record of the original cost but it is presumed much of the material was donated. An interesting sidelight is given in the record which states that a certain Isaac Brownley contracted to do all of the carpentry work for the sum of $248.

Around the turn of the century, just before the age of the automobile, three chapels were established in neighboring communities of Signpine, Cappahosic, and Clay Bank and served by the church. All were closed in 1936, and it is believed most of the members came back to the present church.

In the latter part of the 1920's the need was recognized for a new, larger church. Under the leadership of the Rev. O. M. Clarke and building committee (J.H. Martin, chairman; H. H. Howard, Jack Teagle, W. H. Trevelian and W. D. Weaver) a new edifice was constructed and the first service was held in the building in July 1930. The building contains the present sanctuary and forms the central part of the total building today.

For a decade, the old church building was neglected, then altered on the inside and used as a museum for many years. The building was later renovated to provide classrooms. These served well for several years until replaced by an addition to the new building. Planning began in 1994 to enable the Methodist Youth Fellowship to use the old church for its meetings and activities.

Since building the new church in 1930, there have been several significant building additions and land acquisitions. In 1970 it was envisioned that two wings on both sides of the sanctuary would be needed. The east wing containing classrooms was completed in 1971 during the pastorate of the Rev. C. Katon Gray. The west wing was added in 1985 during the pastorate of the Rev. Dr. Earl D. Martin. It included additional classrooms, a large fellowship hall and kitchen, pastor's study and administrative offices. Dr. Martin and his successor, the Rev. Ronald T. Davidson, were untiring and effective in their leadership to see the project completed and paid for. The total cost was about $320,000 and the membership displayed its usual generosity and dedication in bringing all of these things to fruition. A new parsonage was purchased in 1976 at a cost of $37,500 and the old parsonage was sold to the Rev. C. Katon Gray upon his retirement. The new parsonage was sold in November 1999 and the money placed in the Parsonage Fund with proceeds to provide for the pastor's housing/heating allowance.

Bellamy's Sunday School, organized in 1828, continues as a strong and vital influence in the life of the church. In recent years new classes have been formed to meet the ever-changing needs and interests of the congregation. For over 80 years the women of Bellamy have been active in missionary work, concerned with the needs of women, children and youth in the community, the nation and around the world. In 1918 Mrs. Nora Vaden was elected as the first president of the Society. Today the Bellamy United Methodist Women's Unit consists of two circles: The Ruth Hogg Circle and The Virginia Robins Circle. The Nan Pointer Teen Circle, organized in 1998, disbanded in 2001. Over the years many of the Unit's members have served as officers of the Rappahannock District United Methodist Women and since 1995 Nan Pointer has served as a Virginia Conference United Methodist Women officer.

A United Methodist Men's Unit was formed in 1980 and remained active for a number years before disbanding. Another was formed in the spring of 1994 but was inactive until 1999. In 2000, a strong and active unit, the United Methodist Men built and presented to the church a picnic pavilion. The UMM are in the community doing repairs and building handicapped ramps, railings, etc. for those in need.

In the last decade the church's vision for missions has expanded in numerous ways. The congregation has given generous support to the Society of St. Andrew Potato Project and the Heifer Project. Food, Clothing and devotional booklets have been distributed to the needy in the area. Young people have participated in the Harvest of Hope project of the Society of St. Andrew. Several adults volunteered to a work team sent to Florida to help rebuild hurricane-damaged homes. From 1992-1994 a major mission outreach was the Corn Project. Volunteers planted and harvested five to seven acres of corn, which was distributed in Gloucester County and through Food Banks to the needy in Newport News and Richmond. When Hurricane Floyd created a devastating flood, which destroyed many homes and businesses in the nearby city of Suffolk, church members responded immediately and generously with food, clothing and financial aid to help their neighbors and later many assisted in the clean-up and rebuilding of homes. A tape ministry is provided for shut-ins.

Bellamy, a covenant church, supported Dr. David C. Jensen, who was the National Medical Director of the Bolivian Methodist Church. We later supported Anne Kolbe, and now support Clara Biswas, a missionary serving in Cambodia. In 1999 several members participated in training and preparation for the Stephen Ministries program and in 2000 Bellamy UMC became a Stephen Ministries Church with a strong on-going program.

Renovation of the "Old Church", built in 1833, was begun in the summer of 1998 and was ready for occupancy by early summer of 1999. The first floor is handicapped accessible and has a large meeting room with a small kitchenette; the second floor provides three extra classrooms. Some area of this building is used almost daily.

The church sanctuary sound system has been modernized to meet audio/video needs and monitors were installed in the nursery and Fellowship Hall. The church acquired a van which meets the transportation needs of youth and others to church related activities. Paving of the grass covered parking lot was begun in 2001 and completed in 2002. A new, highly visible, sign has been places in front of the church and the old granite stone marker moved to a location beside the Old Church.

With each challenge we have encountered, we became stronger in our faith. We may provide links to other sites that provide more detail on our church history or particular events in our past. We invite you to become a part of the church today and a piece of its history tomorrow. 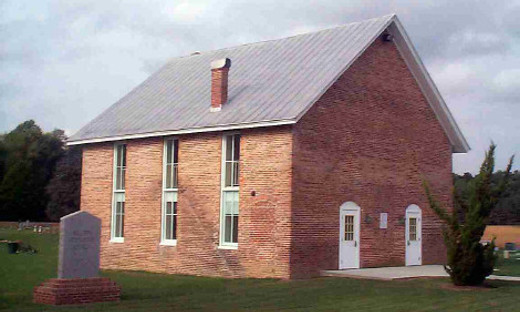 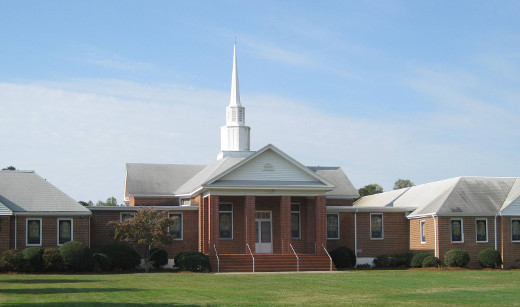 Pastors who served Bellamy Church from 1869 to Present